On 12 October 1654 an explosion in an explosive’s depot caused a large extent of casualties.

Many Dutch paintings were destroyed in the explosion, and this also damaged the workshop. One of the victims was Rembrandt’s pupil, Carel Fabritius, who was also killed in the accident. This captive bird is still alive today, even though it has lost its owner.

No doubt many people will agree that the “fate” of this painting is the reason for much of its re-evaluation.

Carel Fabritius was an Rembrandt student. His paintings have been influenced by Rembrandt. We can find Rembrandt’s influence in the way he painted light. Rembrandt’s early works show a wide range of colors, but he gradually developed a basis of brown and grey tones, with brighter colors used for the most illuminated objects. He also uses chiaroscuro, a compositional technique that clearly defines light and darkness.

Its influence is also felt by his pupil Fabritius. Overall, the work is completed in opacity, but the color contrast gives the wall a strong light. The walls are darkly shaded by the feeder and the birds as chiaroscuro,  Tarnished natural yellows create a psychological effect of light and shade. What distinguishes this painting from that of Rembrandt, in addition to choosing the bird as a motif, This is using hard paint..Like Van Gogh and the impressionists.

The bird’s background is a flat wall, but we can imagine that what the bird is watching is daylight.

By avoiding all human symbols and imagery, the bird sees the purest things. The light is reflected in her eyes and the imagination is always there. This painting, dressed in “Amor Fati” is a bird who never knew the escape.

This bird lives for a long time and is not capable of flying high.

It was the movie “The goldfinch”(2019) that made this painting instantly famous of our time.

Had a life of his own for a film accessory. Nothing symbolic at the time, but the color palette was classic. The bird understands the light and is free from superfluous insights. It’s too far from being allowed to exist as a painting, and I’ve seen it before. During the movie, I thought so much about this painting that I didn’t remember exactly what it was about. I didn’t remember exactly what they were talking about, However, the characters began to say that it was a Dutch painting. I looked through the catalogue on the shelf in the other room, thinking maybe I saw this painting once.

I placed a sticky note in the catalogue of Mauritshuis’s exhibition.

The page was “The Goldfinch”. Many Dutch paintings were produced during the boom in microscopic observation, So these are essentially specific tables. Rembrandt’s “Canticum Simeonis” was extremely bright. And Vermeer’s “Het meisje met de parel” tour. I passed by smiling faces art, smiling faces art, and found ‘Goldfinch’ in still life.

It seemed like an incomplete picture. After the human smile, the innocence of the animal, the feathers reflecting the pure light, looked even brighter. In the midst of all these still life’s, observed as the curious mind desires, there is a single and foreign imperfection.

This bird looked at the sky, far beyond the scope of the microscope. This picture was not intended to be framed. Whether it was a piece of trompe l’oeil or a case cover, the purpose of this painting is unknown. In my opinion, the exhibition was not very good, except for the “The Gold finch” and the “Canticum Simeonis” by Rembrandt.

The sound of the birds’ footsteps and the sound of its chain appear to come from a silent painting. Never has this bird been overshadowed by the trials and temptations of fate.

Imperfection, captivity and flight – these three points can strike an agreement with the infirm.

First of all, the downside of not knowing somebody didn’t make it easy for me to talk about that bird. I didn’t have the background or the information to keep it to myself.

The bird hides in the blind spot of memory, but fate so loves him that he comes back alive.

The moment I opened the catalogue, the map of the museum and the advertisements of the museum at that time fell out of the book…Kind of reminded me of a bird wing flapping.

The way missing memories can be brought back to life is a reminder of the movement of time. Especially when it’s a sign of hope, That’s like a revelation of God.

Loved by fate, this trompe l’oeil, what is it that deceives? Even in the museum, this bird saw the light. A number of times, and through space, this bird sees the light,

I was ready to be deceived again, which made me feel like receiving the light.

Translation, proofreading of past articles has not been completed. I’m finishing up this month.

I am so sorry for the late submission.

In a story, there is a protagonist who reveals what seems to be true feelings. This is what makes a story simple to understand, and is often the case in Manga. But when it comes to art, to the pursuit of an idea, it is possible to write about people and leave the audience behind. If there is a time limit to the number of pages in a work, or to the duration of a film, then a life is artificially speeded up within that limit. Perhaps it is Roy Andersson’s “Om det oändliga” that falls short. There is no narrative technique here. It seems to me that human life is a series of inorganic things, and that there is an existence in motion that others cannot see. It is not a horror, it is a comical story.

For me, the scene in which a human imitation of Jesus walks down Golgotha Hill was comical. The modern costumes, cut down to the expense of a modern opera, the farce of a narcissistic director by his side, were truly an expression of the irony of the modern artist. Or perhaps this is a fashion show for a high brand that makes you think meaningfully. It was irony at its best in this day and age, when critics will praise anything to get a sale, even a bad one, because they want a job. The dream is of a pastor who has lost his faith.

And the pastor, who drinks a glass of wine before the service, was very funny.

People’ expectations of a story begin with their perception of it in their conscious world. It requires imagination to find commonalities and differences between one’s own conscious world and the conscious world of the work, and to fill them. Next, we move on to our own ideals. It is at this point that the work is sometimes evaluated as deviating from its essence. Some people are disciplined enough to read the intentions of the work, while others judge it on the basis of whether it conforms to their own desires.

Descartes found consciousness and innate ideas, but he could not find the real mind.

Science has returned to Descartes again and again, but the real mind is still unclear, even in neuroscience. For anyone who has been able to sort out consciousness from Husserl’s establishment of intersubjectivity to Heidegger’s immanence，

If you are able to organize your consciousness from Husserl’s inter-subjectivity to Heidegger’s immanence, you may find that this film is close to what Heidegger calls “Das Man”.

One of them is the presence of a model student.

I think that the truthfulness is more difficult to find than love. True feelings and love are related to each other, but But they work in different ways.

For example, I have a cat, Adam, who sometimes wakes me up suddenly in the morning. I am sleepy and have a hard time, but I don’t mean to, I don’t feel obliged to, and I always get up, even if I am a little late.

Love is thus unplanned. If the camera had followed the description of Adam’s embrace and the treatment of him, we would have seen love there.  But if the film stops only at my drowsy inability to wake up quickly, my true feelings seem to be exhausted. My true feelings are unreliable and uninteresting to judge in a short time.

“Om det oändliga” lacks that kind of description that we expect.

People probably assume that there is something “truthfulness” in the work, but the truthfulness is cut out.

However, they can see their own expectations in it. If we wanted to see an unbelieving pastor turn. It would be I can forgive him for drinking wine twice before the service.

That’s how much I value the Holy Family, and how little I know about my own consciousness.

It’s the opposite of what the PR people want, but it’s a place where what you want has been cut out. However, I thought it was a kaleidoscope in which I could see what I wanted in what was cut out.

I think I will continue to delve into the real heart, good and evil, and love.

A lighter version of this is on twitter, but the interpretation is subject to change.

I see it as a new kind of realism. It might be an irony for people who, in more recent years, have lost sight of the authority of the individual voice, and who are no longer able to do more than make a fuss on social media about just that. It is now only celebrities and cartoons that pretend to be conscience or good. But is it possible to enjoy a fictional world that is not so different from the real one? This world exists like a painting, a fictional world itself.

And it is realistic. People don’t think about the rest of the story that was not shown. We look at the outside world with a narrow perception, unaware that it represents so much of who we are. We don’t realism that we are living in a world that has forgotten to enrich the inner world. I don’t understand the meaning of this film because I’m not aware of it.

my lovely Adam. My little one 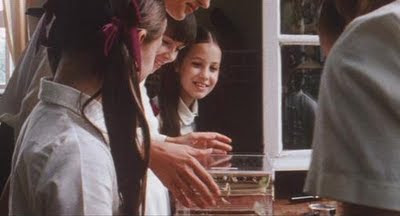 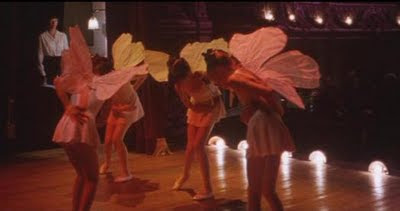 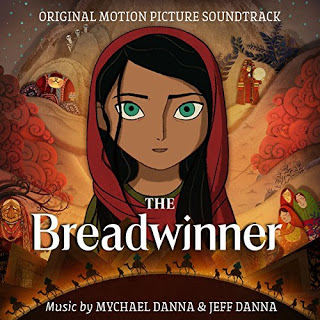 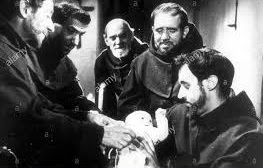 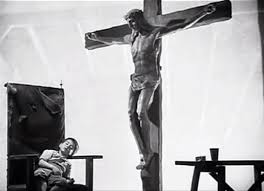 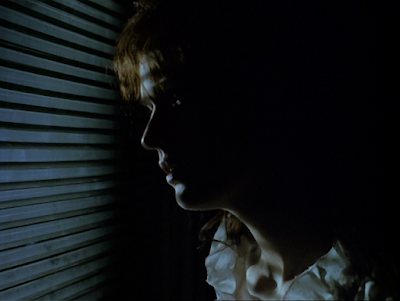 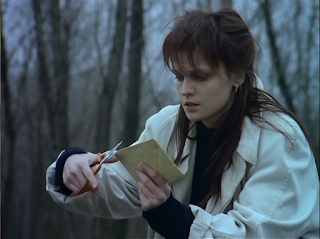 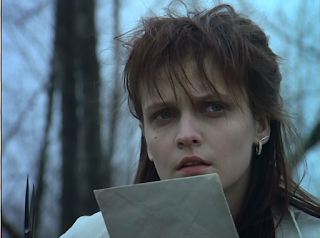 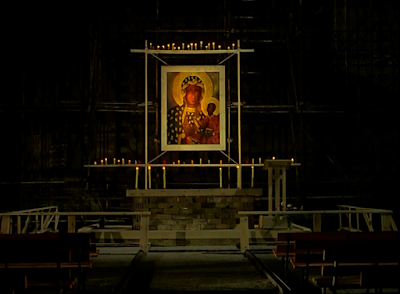 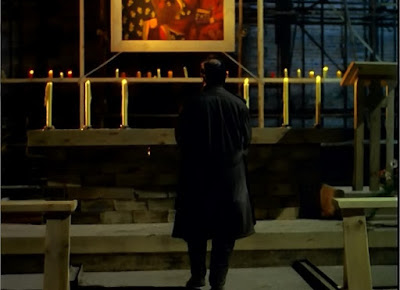 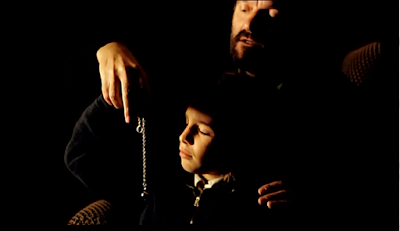 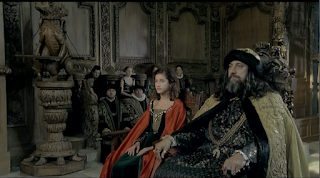 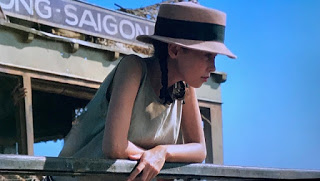 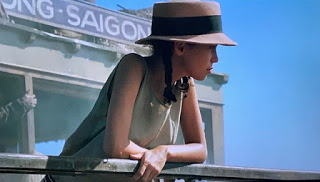 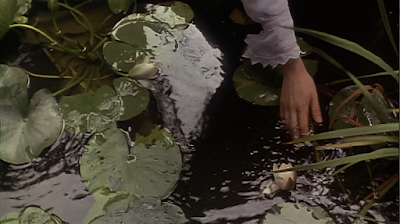 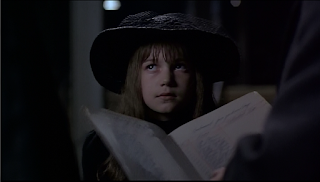 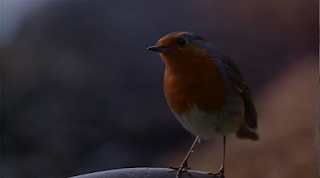